Reading and understanding Cytogenetic Formulas after ARRAY-CGH may be complex. 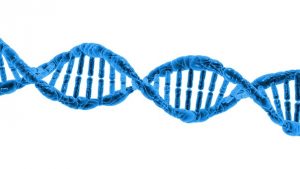 Under normal circumstances each pair of chromosomes has individual characteristics: they have a specific size (length)which is measured in the number of basepairs and a specific distribution of genes within each chromosome. Chromosomes of the same pair have to be identical in their size and specific for each pair of genes. For example, the largest human chromosome – chromosome 1 – has 249 million basepairs (Mb). Like highways have mileposts, similar “mileposts” exist within each chromosome. Molecular cytogenetics is a method using specific probes to test for the presence (or absence) of these “mileposts”. As a result (if there are some abnormalities within the chromosome) these probes note the absence (or excessive presence) of several “mileposts”.

Symbol “x1” indicates that only one copy of the genetic material of this segment is present in the testing sample. If a deletion affects the X-chromosome in males (they have only one copy of the X-chromosome) the symbol after the formula will be “x0”. The same symbol “x0” may also be seen if the patient has a homozygous deletion ( a deletion affecting both homologous chromosomes). If however any segment is present in 3 copies (instead of normal two) the symbol “x3” will be placed after formula; “x4” will be used if there are 4 copies of the specific segment.

Some patients may be mosaics usually having two clones: one normal and one with an abnormality. In such cases the index after the formula may indicate the percentage of an abnormal clone. Formula “arr[hg 19] 1p36.33p36.32 (834-3018)x 2.5” indicates that both normal and trisomic clones are present in equal ratios. The same formula with symbol “x2.2” indicates that the abnormal clone is present only in ~20% of the cells.

Basically, a deletion or duplication of large segments presumes the involvement of a large number of genes, and as a result worse clinical consequences. However, the distribution of genes on chromosomes is very unequal: there are segments with numerous genes within a small segment (for example, the tip of the short arm of chromosome 16) and there are segments which contain very few genes (“gene deserts”). Moreover, not all genes are known to cause clinical problems.

Sometimes a very small deletion or duplication may be harmful, but in other cases a deletion in 1-2 Mb may be relatively benign.

The formula itself obtained upon examination does not include a list of duplicated (or lost) genes. However because each gene has a strongly predetermined position in the chromosome it may be concluded that, for example, a deletion in the long arm of chromosome 2 “arr[hg 19] 2q24.3q31.1 (164807751-170315525)x1” presumes the loss of the GALNT3, TTC21B, SCN1A, SCN9A, ABCB11, LRP2 and SCN2A genes.

It has to be noted that a loss of a gene does not guarantee that it will cause any abnormalities. Only some genes are related to human disorders (the so-called OMIM genes), and a significant part of the OMIM genes cause disorders only if both copies of the gene are affected. Most patients with chromosomal deletions have normal copies of the homologous genes on another chromosome. From another side sometimes we can see new publications showing a “morbid” status of some genes, previously not included in OMIM-list. The situation becomes even more complex when a gene is duplicated: currently there are only a few instances showing strong evidence of pathology caused by a duplication of a specific gene.

In all cases the clinical significance of any deletion or duplication should be discussed with a geneticist or genetic counselor.

Donate now to increase awareness and research into chromosome disorders.
Chromosome Disorder Outreach is a 501(c)(3) non-profit organization. Your gift is tax deductible as provided by law. Florida Reg CH11200

Physicians, genetic counselors, therapists and other healthcare professionals, register now to help us learn more about rare chromosome disorders: the associated symptoms, new research and evolving treatments. Request notifications of new studies and important publications on our website. Professional contact information will appear on the CDO website unless privacy opt out requested.
REGISTER

Help us in our efforts to raise awareness of rare chromosome disorders by visiting our online store.
VISIT OUR STORE